My Scottish journey took me first to Glasgow where I was able to see the university and a few more areas. I even got to watch Scotland’s unexpected win against Croatia in the evening’s football match with my Couchsurfing host. My host was also an adventurous fellow and agreed to escape from the city with me for a day of hiking in the Trossachs. I ended up staying in the nearby town of Stirling with all the intentions of keeping on to Fort William. My morning detour to Doune Castle of a bit of Monty Python silliness turned into a day of back and forth complete ridiculousness as I had to backtrack to Glasgow before heading back north to Fort William, at the base of Ben Nevis, Britain’s tallest mountain.

I was finally set to try my hand at some solo hiking. Safety concerns aside, I was most worried that it’d really just be quiet boring. I’ve had some lively hiking buddies in my day, including Rachel (and Chelsea) for all of last summer. How was my own company supposed to stack up to theirs? I stuck out, being careful to pack my bag with “just in cases” ( water, rain jacket, hat/gloves, etc), and made my way to the only place to start any good hike – the ranger station. Or whatever the Scots call their rangers. They pointed me toward a few options, marked on my little map in green or yellow. I chose the yellow route mostly due to ego and the assumption that it was slightly more strenuous than the green trail. I’m no green trail simpleton!
For a trail called Cow’s Hill, there sure were a lot of sheep around. I had passed through a gate on my way up apparently onto a grazing area. As far as wildlife encounters during hikes, sheep are fairly non-threatening. Most kept their distance and I was able to giggle at them from afar. Have you seen their floppy little tails? Adorable. At one point while walking I had my map in front of my face to check where I was. When I moved it down again I don’t know who was more startled, me or the sheep in front of me down the path. I’m entirely certain we were both thinking the exact same thing. Holy shit, there’s something on the other side of that map. Close call. But not the closest I’d have yet. Further along the trail I crossed through another gate into supposedly sheep-free area.
Except for the one directly in front of me on the path. 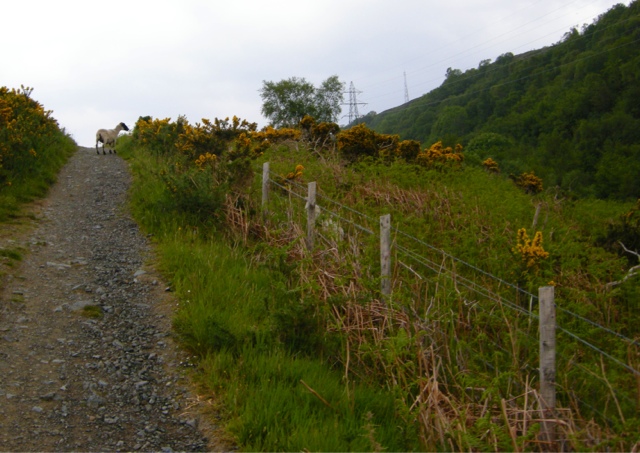 Some poor momma had been too tempted by the greener grass on the other side and somehow got through the fence. Unfortunately, her two lamb twinsies did not follow suit and they were no separated. She wasn’t very much enjoying her decision now. And I wasn’t very much enjoying her reluctance to move from my path so I could continue on. Furthermore, she wanted to come my way.
Ok, I know you aren’t supposed to approach the wildlife, but what do you do when it approaches you?!
Surprisingly, or perhaps not surprisingly at all depending on how well you know me, this was not the first time I’d been in this pickle.
Amazing Bestie National Park Trip
Day 17ish
Glacier National Park
Established in 1910, this American half of the Waterton-Glacier International Peace Park is the jewel at the top of the US stretch of the Rockies. Rachel and I had made it from just miles from the US/Mexico border to a park nestled up against the Canadian edge. We were stoked to see some glaciers straight away, but were saddened to learn that it is harder than one would expect from the park’s name. We would have to drive back out of the park and up to another road into (but not through) the park if we wanted the chance to see some. Not ones to spend the day driving around the parks instead of hiking about we struck out on a trail to Hidden Lake from Logan’s Pass. The stellar views of the area only became more and more spectacular as the trail continued, and eventually we began to spy the critter that has become synonymous with the park. The mountain goat.

At first we admired the goats from afar, but as we descended down the path towards the lakeside, we began to notice an odd phenomenon. These nimble creatures that can scale the steepest of mountains and cliff faces apparently don’t mind taking the easy way around. And the easiest ways down are usually the human-made trails. So we ended up passing several along the trail as though it was an every day affair (well, it probably was for them!). All was well between humans and mountain goats. For the most part. Rachel let me out of her sight for moments to visit the friendly neighborhood outhouse, and I was nearly immediately confronted by a group of goats wandering through their turf. Their turf. And I was on it. They didn’t exactly want to snap their fingers and dance it out. They apparently wanted to make me circle around the outhouse trying and failing to out maneuver them. 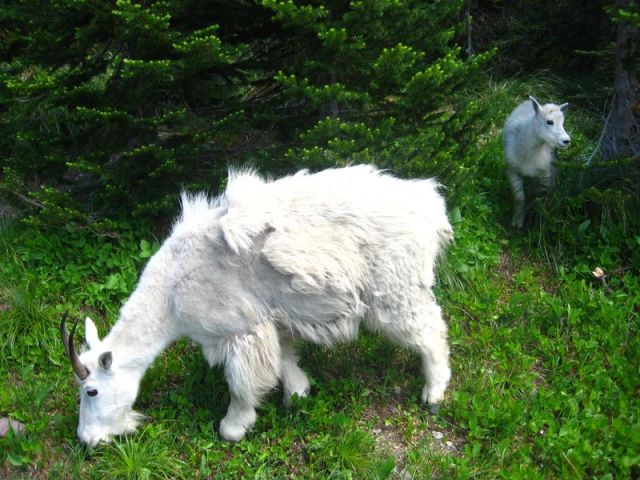 “Rachel. Uhhh. Just stay in there a few more moments.” I can only imagine her thoughts as she heard my voice moving around and around the shack. “Everything is fine. But, yea, just take a moment.”

Eventually they must’ve decided they’d made enough of a mockery out of me and carried on with their day, heading off in another direction. Rachel was safe to come out and laugh at my predicament. No harm, no foul.
But our gal in Scotland was only getting more and more agitated. She was seemingly realizing that she needed to get back on the other side of the fence any way possible. And I wasn’t sure if that included through me. Normally I’m not going to be too weary of sheep, but when ones has horns right at kneecap level are going to receive a healthy amount of respect from me. Luckily my day pack has a built in whistle, something every traveler should have. A few solid blasts on that baby along with some gravel kicking and momma now knew I also wasn’t in any mood to be bothered with. That seemed to calm her down long enough for me to move far enough away to let her safely pass. 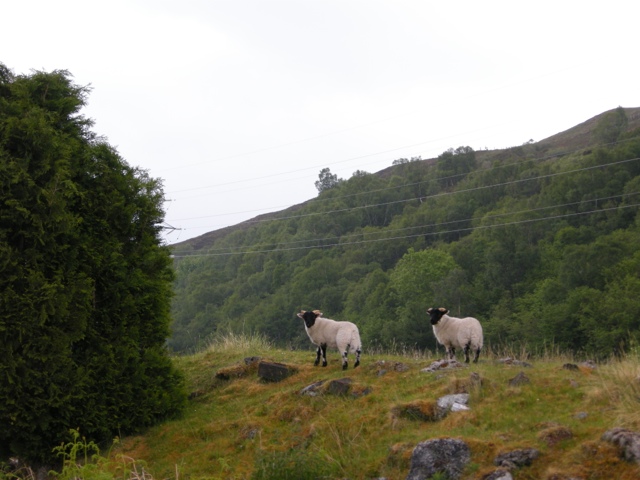 The key is to keep your wits about you. Calm and cautious. Generally wildlife will give you a wide birth, but when they get too close usually they have their own reason and are just as annoyed with you for getting in the way. Of course, rabid animals might also approach humans without fear, in which case stay way back in case they attack and alert proper animal control personnel. I was able to fully enjoy the remainder of my hike and made sure to alert hikers passing in the opposite direction of what was ahead on the trail. Once back to the visiter center, I told the ranger and was reassured that the farmers monitored the fence line and would soon reunite the momma and her babes. All in all, a rewarding and successful first solo hike!
Question of the Day:
What is your wild animal encounter story? Any extra advice?
Advertisement