Let’s celebrate summer with our third installment of the STS Book Club! This time, it’s a novel of the young adult variety. Perfect for picking up during breaks from staring at your computer screen or en route to your field sites! 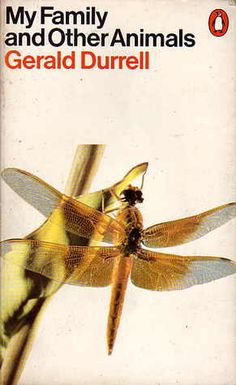 I don’t know about everyone else, but I could not be more excited and ready for #AcademicSummer 2016. Quals (take three!) are once more (SUCCESSFULLY) behind me and now I can finally relax into my favorite time of year. My advisor and his co-PI were gracious enough to fund my research for the summer (most Statistics students teach or grade for their funding) and I have left my days of classes, grading, and studying behind for coding and, to be real, actually living my life. I chose to write about this book, My Family and Other Animals, because it was such a lovely find last summer when I was living and studying in Seattle. I found this book in the mini library at Zeitgeist Coffee and was able to read it in spurts during transit and downtime. I love the idea of books that belong to The People and I’m hoping to pass along the interest in this one especially since I’ve taken so long to finish it.

Gerald “Gerry” Durrell in addition to being an author was a naturalist, zookeeper, and conservationist. Our kinda guy, right? Much of his fascination with all things natural was developed during his childhood living with his family on the Greek island of Corfu and it is here that his focuses his stories in My Family and Other Animals. Later, after working in zoos, aquariums, and on wildlife expeditions, he founded the Durrell Wildlife Conservation Trust and the Durrell Wildlife Park on the Channel Island of Jersey. Durrell Wi 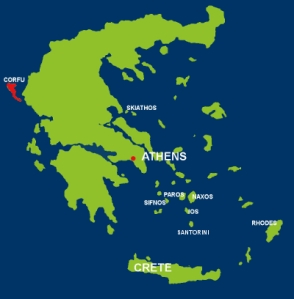 ldlife Park was the first zoo to house only endangered breeding species, and has been one of the pioneers in the field of captive breeding. His book provides a delightful peek into the beginnings of this impressive career and lifelong love for conservation.

What is My Family and Other Animals about?

Despite writing this book as an adult, Gerry perfectly captures his own childhood excitement and natural curiosities exploring his new-found home terrain of Corfu. This autobiographical work follows Gerry’s exploration while he navigates days filled with observation of both the natural world and his own family. And…that’s really the extent of what this short novel is about. You’ll encounter countless organisms and discoveries alongside young Gerry, but there is no larger overarching story line which only further lends to its endearing simplicity.

Why I liked it:

I happen to adore books that can successfully tell an enthralling story from the point of view of a child. I think because you get a much more humorous and simplified version of events that way. Young Gerry is all of us in childhood innocently unable to understand how anyone else in his family could possibly be anything but enthralled with the critters he brings home.

That’s not to say that the rest of the family aren’t all enjoyable characters in their own rights. The mother of this clan was a particular delight in my eyes with the calm, patient, assured way she corralled her children through these big moves and life changes. I chuckled many a chuckle at the exchanges she has with her children that leaves you a bit curious as to who’s actually in charge, as below.

‘You do exaggerate, Larry, ‘ said Mother plaintively; ‘anyway, I can’t go just like that. I have to arrange something about this house.’

‘Arrange? Arrange what, for heaven’s sake? Sell it.’

‘But I’ve only just bought it.’

‘Sell it while it’s still untarnished, then.’

‘Don’t be ridiculous, dear,’ said Mother firmly; ‘that’s quite out of the question. It would be madness.’

So we sold the house and fled from the gloom of the English summer, like a flock of migrating swallows.

Who should read it:

Anyone looking to reconnect with your inner-child naturalist will need to check out this book. But really, I’d be surprised to find anyone who wouldn’t enjoy this literary peek through a child’s eyes into the adventures of living on a critter packed island with a family full of characters and adventures. In fact, in this spirit (and because the book doesn’t belong to me, but rather its next reader, we are hosting our first STS book giveaway! Be sure to enter below.

2 thoughts on “Science Book Club: My Family and Other Animals”