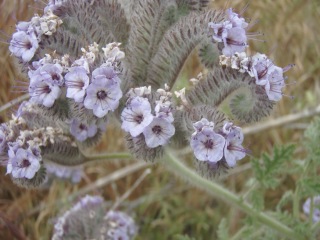 Alright guys, I have a confession to make.  I have never actually finished reading A Sand County Almanac.  Those of you who know the book are, I’m sure, instantly scandalized.  The much acclaimed work by visionary and Land-Ethic developer Aldo Leopold has been inspiring conservationists and green warriors since 1949.  I have owned not one, but two copies of this book.  I leaf through it and sort of treat it like poetry.  It is, after all, beautifully written.  But for some reason, I have never read it cover to cover.  I am always so moved and uplifted by Leopold’s words, and I have decided that this spring I will read this book!  So, with blog as my witness, I will finish this book by the end of the spring quarter (June).  Once I have finished, I will report back with my feelings about the text and how reading it straight through differed from my cafeteria style readings of the past.  Anyone else want to read along?

In keeping with the theme, I thought I would share with you all one of my favorite passages from the book.  This is equal parts sad and inspiring to me, as it really sets into clear context what we stand to loose if we do not make concerted efforts at conservation.  I hope you enjoy it.

“Our grandfathers were less well-housed, well-fed, well-clothed than we are. The striving by which they bettered their lot are also those which deprived us of [Passenger] pigeons. Perhaps we now grieve because we are not sure, in our hearts, that we have gained by the exchange. The gadgets of industry bring us more comforts than the pigeons did, but do they add as much to the glory of the spring?
It is a century now since Darwin gave us the first glimpse of the origin of the species. We know now what was unknown to all the preceding caravan of generations: that men are only fellow-voyagers with other creatures in the odyssey of evolution. This new knowledge should have given us, by this time, a sense of kinship with fellow-creatures; a wish to live and let live; a sense of wonder over the magnitude and duration of the biotic enterprise.Above all we should, in the century since Darwin, have come to know that man, while captain of the adventuring ship, is hardly the sole object of its quest, and that his prior assumptions to this effect arose from the simple necessity of whistling in the dark.These things, I say, should have come to us. I fear they have not come to many.For one species to mourn the death of another is a new thing under the sun. The Cro-Magnon who slew the last mammoth thought only of steaks. The sportsman who shot the last [Passenger] pigeon thought only of his prowess. The sailor who clubbed the last auck thought of nothing at all. But we, who have lost our pigeons, mourn the loss.”Aldo Leopold, from A Sand County Almanac


Last Word:  As I said, I find this rather sad quotation inspiring.  Perhaps you don’t agree, but this is exactly the sort of situation I strive to avoid.  If you would like some more information about the Passenger pigeon, start with this pretty good Wiki article.  It is a truly sad story, but one worth knowing.  In related news, there are a few classic, popular ecological novels I’ve been meaning (literally for years) to read.  Silent Spring and the Sea around Us are at the top of that list.  Anyone interested in a book club via the blog?


What do you think?  Have you ever heard the story of the Passenger pigeon?  Have you ever read A Sand County Almanac?  Would you have any interest in an ecologically themed book club?